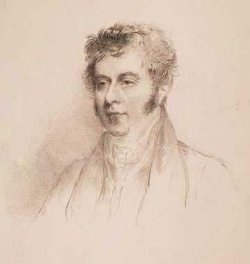 You may have been informed, that the strongest and most declared opposition to the Union of the Legislatures of Lower and Upper Canada, lately proposed in the Imperial Parliament, has been manifested throughout this Province and Upper Canada.

This circumstance alone must attract the notice of every Member of the Honourable the House of Commons who was present at the Debates, that took place on the Bill alluded to, introduced in the last Session of Parliament, when it was asserted by the movements and Supporters of the Bill, that the proposed law would be received with satisfaction by all His Majesty's Subjects in the Canadas, which assertion must have been grounded on misrepresentation made by persons entertaining the hope that the measures would be carried, before the sense of the people in these Provinces could be made known to Parliament. They have been thwarted in their expectation, by the justice and wisdom of the Honourable the House of Commons.

The opportunity afforded to these colonies to express their sentiments on the subject, has been used in both Provinces, and Petitions to His Majesty, and the two Houses of Parliament, against the Union of the Legislatures, are now receiving signatures. These Petitions will make known the feelings and dispositions of His Majesty's Canadian subjects.

The Committee appointed at a general meeting of the district of Montreal, have considered it expedient that the members of the Honourable the House of Commons should be apprised of the measures now adopting here: and beg to request that you will be pleased to consider this their communication, as having no other motive or tendency than to intreat your attention, and to solicit your justice as a member of that House, where the dearest interests of this country may become the subject matter of discussion.

The Committee does not deem it necessary to enter into a detail of facts, which would sufficiently characterize the motives of the friends of the projected Bill, but merely wishes to dispel the odious aspersions on the great body of the people in this Province, contained in several communications intended for England. Such as, assertions that the opposition manifested in this Province on the part of the population so stygmatised is the effect of prejudices alone, alluding to their supposed attachment to France and to the French principles; calling them foreigners; (foreigners in their native land!) The Bill in question, say these friends of the Union, being so well calculated to Anglify the country, which is to be ultimately peopled by a British race. 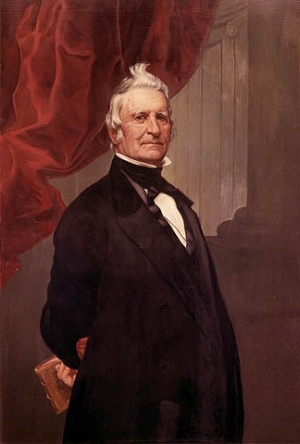 Louis-Joseph Papineau, Speaker of the Legislative Assembly of Lower Canada

The very style of these communications will it is hoped, produce quite a different effect from that intended. It will be easily perceived on which side prejudices lie. No doubt these aspersions on the character of those whom they invidiously denominate French Canadians, were intended to produce irritation; from which an advantage was expected to be derived; but they had no other effect than that of producing contempt for such attempts against the liberties of the country. You will have occasion to observe, that the representations of the majority of His Majesty's subjects in this Province, will be such as should be expected from men who are attached to British principles, and to a British Constitution.

The preposterous calumny against the Canadians of French origin, as to their supposed attachment to France, requires no other answer than what is derived from their uniform conduct during the wars, and the loyalty evinced by them on every occasion. They are not foreigners in this land of their birth; they claim rights as British subjects, in common with every other subject of His Majesty in these Colonies. These are their birth rights. And yet it was expected by the projectors of the Union Bill to deprive them of these rights, which were so solemnly secured to them by the Act of the 31st of His late Majesty, after the elaborate discussions that then took place, and in conformity with the just and liberal views of the most enlightened politicians of those days.

By what they call Anglifying the country is meant the depriving the great majority of the people of this Province of all that is dear to men; their laws, usages, institutions and religion. An insignificant minority wish for a change, and are desirous of ruling against every principle of justice by destroying what they call the Canadian influence, that is to say, the influence of the majority; of men entitled in the same rights as themselves, of the great mass of the natives: this eagerness to domineer has produced their present exertions, to obtain by unjust means that which they should not and cannot reasonably expect if the matter be correctly understood. For it might be asked what right should that minority expect to have which would be subversive of the equal protection due to all His Majesty's subjects, as well in colonies, as everywhere else? Has Great Britain ever entertained any such policy towards its Colonies? It is just and reasonable, or even sound policy, that she should on this occasion, wound the feelings of a loyal population for the purpose of satisfying the prejudice of a few? - Great Britain wants no other Anglifying in this Colony, than that which is to be found in the loyalty and affection of its Inhabitants, no other British race than that of natural born subjects, loyal and affectionate. Such are the inhabitants of both Provinces; and it is the humble expectation of the Canadians, that on this occasion so momentous to them, their interests will be advocated by every liberal mind, as it is their belief and confidence that they will continue to enjoy the benefits of that constitution to which they manifest so strong an attachment, and which they consider as the safeguard of their rights and liberties.

I have the honour to be,
Sir,
Your most obedient and very
humble servant,

By Order of the Committee