Resolutions intended to be proposed by Lord John Russell, in a committee of the whole house, relative to the affairs of Canada

Resolutions intended to be proposed by Lord John Russell,
in a committee of the whole house,
relative to the affairs of Canada
John Russell
March 1837 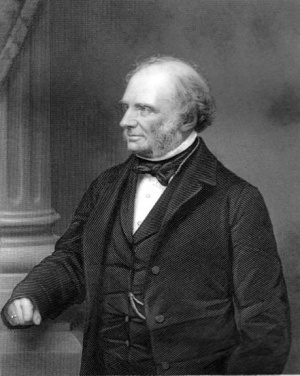 That since the 31st day of October, in the year 1832, no provision has been made by the Legislature of the province of Lower Canada, for defraying the charges of the administration of justice, and for the support of th civil government, within the said province, and that there will, on the 10th day of April now next ensuing, be required for defraying in full the charges aforesaid to that day, the sum of 142,160 pounds, 14 s. and 6 d.

2. That at a Session of the Legislature of Lower Canada, holden at the city of Quebec, in the said province, in the months of September and October, 1836, the Governor of the said province, in compliance with His Majesty's commands, recommended to the attention of the House of Assembly thereof, the estimates for the current year, and also the accounts, showing the arrears due in respect of the civil government, and signified to the said House his Majesty's confidence that they would accede to the application which he had been commanded to renew, for payment of the arrears due on account of the public service, and for the funds necessary to carry on the civil government of the province.

3. That the said House of Assembly on the 3rd day of October, 1836, by an address to the Governor of the said province, declined to vote a supply for the purposes aforesaid, and by the said address, after referring to a former address of the said House to the Governor, declared that the said House persisted, amongst other things, in the demand of an elective Legislative Council, and in demanding the repeal of a certain Act passed by the Parliament of the United Kingdom in favour of the North American Land Company; and by the said address, the said House of Assembly further adverted to the demand made by that House of the free exercise of its control over all branches of the Executive Government; and by the said address, the said House of Assembly further declared, that it was incumbent on them, in the present conjuncture, to adjourn their deliberations until His Majesty's Government should, by its acts, especially by rendering the second branch of the Legislature conformable to the wishes and wants of the people, have commenced the great work of justice and reform, and created a confidence, which alone could crown it with success.

4. That in the existing state of Lower Canada, it is unadvisable to make the Legislative Council of that province an elective body; but that it is expedient that measures be adopted for securing to that branch of the Legislature a greater degree of public confidence.

5. That while it is expedient to improve the composition of the Executive Council in Lower Canada, it is unadvisable to subject it to the responsibility demanded by the House of Assembly of that province.

6. That the legal title of the North American Land Company to the land holden by the said company, by virtue of a grant of from His Majesty, under the public seal of the said province, and to the privileges conferred on the said company by the Act for that purpose made, in the fourth year of his Majesty's reign, ought to be maintained inviolate.

7. That it is expedient, that so soon as provisions shall have been made by law, to be passed by the Legislature of the said province of Lower Canada, for the discharge of lands therein from feudal dues and services, and for removing any doubts as to the incidents of the tenure of land in free and common soccage in the said province, a certain Act made and passed in the sixth year of the reign of His late Majesty King George IV, commonly called "The Canada Tenures Act" and so much of another Act passed in the third of His said late Majesty's reign, commonly called "The Canada Trade Act" as related to the tenures of land in the said province, should be repealed, saving nevertheless to all persons all rights in them vested under or by virtue of the said recited Acts.

9. That it is expedient that His Majesty be authorised to place at the disposal of the Legislature of the said province, the net proceeds of His Majesty's hereditary, territorial, and casual revenue arising within the same, in case the said Legislature shall see fit to grant to His Majesty a civil list for defraying the necessary charges of the administration of justice, and for the maintenance and unavoidable expenses of certain of the principal officers of the civil government of the said province.