An Independent Quebec. The Past, the Present and the Future

An Independent Quebec. The Past, the Present and the Future
Jacques Parizeau
Baraka Books, 2010, 244 p.

SUMMARY: Drawing on his rich experience in politics, public service, and education, Jacques Parizeau explains how the idea of an independent Quebec took root and evolved and reviews Quebec’s current economic, political, social, and cultural situation. No stones are left unturned: Why become independent? What is the role of the state and how should it be administered in a global economy? What new challenges face Quebec sovereigntists; their English Canadian counterparts; and their neighbours in the United States? Readers will better understand the cause Jacques Parizeau has defended with dignity for forty years and also why he is one of Quebec’s most respected political leaders[1]. Originally published in French as La souveraineté du Québec : hier, aujourd'hui et demain. Translation by Robin Philpot. BUY ONLINE: from barakabooks.com, from IPG (eBook) 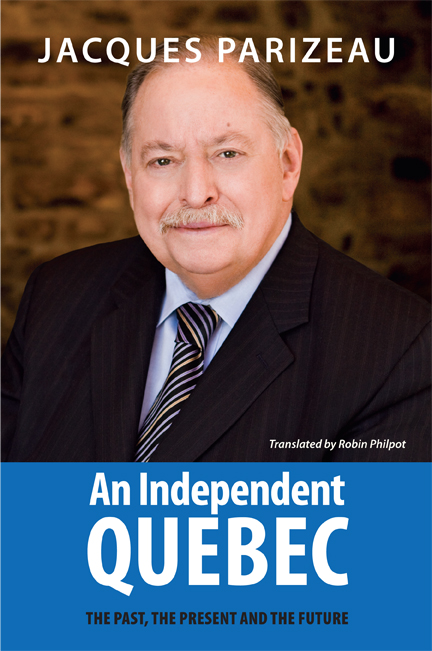