From Independence of Québec
(Redirected from User:Liberlogos/We Are a Nation)
Jump to navigation Jump to search

Speech Given in Verchères in the Context of the 2001 Leadership Campaign of the Parti Québécois
Bernard Landry
January 21, 2001

Excerpt transcripted and partly translated by Benoît Rheault from: 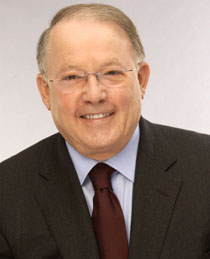 Bernard Landry, lawyer, professor and Premier of Quebec from March 2001 to June 2003.

[...] A few words, now, to our friends from the rest of Canada. I address myself to our friends in Canada outside Quebec who speak English. It's a word of frankness — I will be frank and blunt — which is a sign of respect and esteem. We tell the truth to our friends and that truth is the following. You must know if you really want to understand Quebec that we are not a distinct society, we are a Nation. That's quite different. A Nation just like Scotland. Would Tony Blair in London pretend that Scotland in just the same then? Scotland is a Nation and it is generously and realistically accepted by London and by the English. Ireland is a Nation too, that's for sure. And I say it in French, I will translate for the rest of Canada also. Ireland, this year, for the first time in its history, has surpassed England in gross domestic product per capita. I ask you the question: if they hadn't achieved their independence in 1921, this day would have never come, would it? So, the [Leader] of the Official Opposition in Quebec told me a couple of times: in your policy, do like Ireland, do like Ireland... and he has some Irish roots like a great proportion, by the way, of [the] Quebec population. I cannot do what Ireland does because I [only have] provincial powers. But give us the same powers and watch us go!

So, on that solid basis, a recognition that we are a Nation, and using the fantastic example of modernity that [the] European Union is in terms of cooperation between nations, we have the duty and opportunity to reframe our relations in a far more respectful, productive, efficient and friendly way. [...]

2. . Most of this text was written in English. Text in italics was originally written in French.

3. . Text in brackets was added by the editor for clarification.