Manifesto of the Alliance laurentienne

From Independence of Québec
(Redirected from Manifesto-alliance-laurentienne.html)
Jump to navigation Jump to search 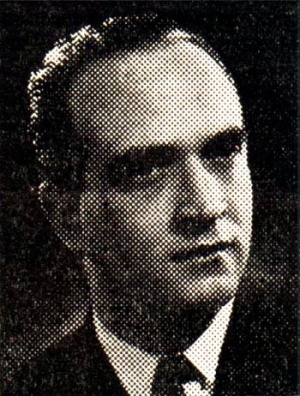 The Alliance laurentienne is a patriotic movement which groups French Canadians of all milieus, all ages and all conditions. Founded in 1957, it proposes as principal goal to spread the idea of independence for the Province of Quebec and the creation of the Republic of Laurentia.

Laurentian nationalism, based on the love of the French Canadian nation, the State and the people of Quebec, is legitimate for it is in conformity with the divine order. This love, which does not exclude the love of the other peoples, even the English and the CANADIANS, is closely related to our origins, our environment, our heredity, to a kind of historical and geographical determinism, and is based on the Catholic and French mission which was bequeathed to us and which we must, at all costs, perpetuate in time and space.

The Canadian Confederation threatens the political unity of our people of five million, disputes our most elementary rights, usurps our sacred rights inscribed in the constitution, unjustly stops our economic expansion, offends our nationals in contempt of the law of nations, seeks to create interprovincial combinations suitable to injure our dignity and our legitimate influences, and to save our prestige and our honour, we have no other choice but to claim the sovereignty of the State of Quebec. At the heart of Laurentian nationalism, there is a natural aspiration, for our people, to constitute itself as a fully independent nation, autonomous inside and sovereign outside.

Everytime a nation is threatened, men rise up to claim justice. Currently, let us look at what is happening in the Arab States. Pan-Arabism shakes a part of the world; in an other part, it is the pan-Slavism which becomes particularly threatening, elsewhere, it is the rise of the Black peoples, the alarm clock of the Yellow Peril which looms. On our continent, the feeling of AMERICA FIRST is firmly established, and more close to us still, pan-Canadianism worries the CANADIANS much, before the American colossus. The French Canadian nationalists follow the march of history. The secession of Quebec from the Confederation is thus the only solution in front of the accumulated threats of Anglo-Saxon centralization and assimilation. That our people comes to grow normally, to keep itself free from foreign penetration and annexation, that it finally conquers its independence, according to the principle of self-determination, and then Laurentian nationalism will have achieved its goal.

The ideal of our people and its life does not require that we lock ourselves up in a closed vase inside our borders, that we ignore the other peoples and that we be made unaware of them, and even less that we hate them. In any race, above the particular characters, there is humanity and it is not to disserve it to want to become adult and free. It is said that the class struggle is a necessary and universal fact. On the contrary, it is the struggle between clans, tribes, nations and empires which generates hatred, miseries, war and despotism. Harmony and peace will return to the world when each nation is free: "FREEDOM FOR THE INDIVIDUALS, FREEDOM FOR THE PEOPLES!".

When the Laurentian nation poses proudly before the other nations, she then takes from the inside the face of a strong personality who knows what she wants, who wants it firmly, and who collects in her intellectual, moral and economic energies from which her prosperity and her influence depend. Our people has a body and a heart. But it is missing the brain that the FREE STATE is, inside which all national aspirations are reflected, and from which start the directives that must promote the vitality of the nation in all directions. To carry out our ambitions and to resume the course of our destiny when the time to live normally will have come, the Laurentian government of the Province of Quebec will have to:

Look at, in practise, the British North America Act and the Statute of Westminster as non-existent pacts, since the confederal Government of Canada violated with impunity all the fundamental articles of these colonial and imperialist constitutions.