This is an unofficial translation of a letter sent to the Canadian Jewish Congress by Yves Michaud, a citizen who was publicly defamed and labelled an Anti-Semite by adversaries of the Quebec nationalist movement. The controversy in which he was involved ultimately lead to the resignation of Parti Québécois Premier of Québec Lucien Bouchard in 1996. Read the original French language letter here. 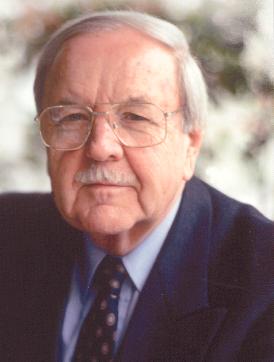 1 - Would you have the kindness to forward me your address so that I may send you a copy of my book and the remarks which I made before the Commission of the Estates General of the French language? That way, you will be in a better position to voice your opinion with intelligence and good faith on the true nature of my remarks, including my admiring and unconditional praise on the Jewish people in which I encouraged the French Canadian people to follow their "rough will to survive, their invincible spirit of solidarity and their moral armour adding that in a way the Christians and the Jews were spiritually Semites".

4 - For more than two centuries, the generosity of the Quebec people (an "ethnic group", - if the word is not sacrilege - that not only founded Quebec but also Canada) has had no limit toward all the citizens who live on its territory, without concern for their confession, colour and origins. That being said, it has indeed happened in the past, on its territory and in that of Canada, that certain forms of ostracism be applied against the nationals of Jewish confession, in particular the refusal to admit them in universities and select clubs, but that was the fact of the English-Canadian "ethnic group". I imagine that in this respect your files are an inexhaustible source of consultation and information.

To conclude, there never was and there never will be in Quebec a "Jewish Question", except coming from politicians who have bad intentions, who use the extremely comprehensible sensitivity of your people, for suspicious and unfair ends. You would oblige me by taking note of what preceded and in ensuring the communication of it to your co-religionists, with the expression of my distinguished feelings.