Who are we? Where are we going?

Elected leader of the Parti Québécois in 1988, Jacques Parizeau brought his party to power during the elections of 1994. One year later, he fulfilled his promise to hold a referendum on the political future of Québec, of which it is today the first anniversary. For the first time since his retirement from the public life, last January, Mr. Parizeau reconsiders the result of this public consultation. In this text which he premiers for the readers of Le Devoir, he makes the assessment of the past, outlines some perspectives for a forthcoming referendum and analyzes the strategy of the Bouchard government. 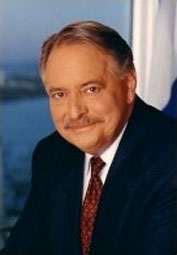 Photograph of Jacques Parizeau, economist and Premier of Quebec from Sept. 1994 to Jan. 1996

On the occasion of the first anniversary of the October 30 Referendum, I was greatly sollicitated to share my comments and my impressions. I chose Le Devoir to do this and I thank its editor for opening its pages to me.

This text is not academic. It is that of a man whose political career has ended but who remains committed [to public affairs]. The sovereignty of Quebec appears to me necessary for the Québec people. They need to be responsible for themself. Citizens must be responsible for the future of their country.

We must enter the international movement that is so promising and which at the end of this century makes it possible for countries that are small by the size of their population and their economy to develop, thrive, flourish, at the condition of belonging to very large markets. The thesis according to which Quebec nationalists are closing in on themselves is a fiction of the mind which slows us down. The folding into oneself in our time is not possible. We travel too much, we are too connected to international communication networks, we are too open to trade, North-American trade in particular, so that even a nostalgia of isolationism cannot subsist. We really do not have this choice. And that turns out to be good. We better and better succeed in penetrating the Global Village. From business people to artists, the successes multiply.

To be opened to others does not mean that one should not take care of one's own interests. The international rules of behaviour obviously reduced, and rightly so, the range of intervention instruments that governments can use. But that does not leave them disarmed for as much. The peoples, the nations, the States, have interests to protect. Each one brings to the world something that is unique to them at the cultural level, at the level of social orientations or that of economic organization models. To defend one's own interests, to promote them, is not an option, it is completely natural.

I do not wish to approach in a precise or detailed manner the events which have occurred on the political scene for a year. I must say however that each time I hear people speak of a "Plan" intended to prohibit a forthcoming referendum in Quebec, I smile. If one absolutely insists on imposing a "referendum election" on us... But let us come to the serious things.

It is necessary to come back to two fundamental, essential questions: "Who are we?" and "Where are we going?".

The referendum of a year ago clarified a lot of things : 61% of francophones voted YES. On the island of Montreal, 69% voted YES. The francophones represent 83% of the population of Quebec. For once, the answer is clear; it is not unanimous, but in a democracy, one must be wary of unanimities. Therefore, the majority of French-speaking Quebecers want Québec to becomes a country. They chose their identity and their country.

As for Quebecers who are not francophones (17% of the population), almost everyone voted NO. There were exceptions, of course, and some voted YES with more fervour even than a lot of francophones. In many communities, the percentage of NO votes appears to have been higher than 95%. Absolute records were reached. In several offices polls of the West of Montreal, there was not a single YES vote.

At the call of their leaders and their organizations, all these people claimed to remain Canadians. For certain groups, it is completely understandable. They prefer to continue to form a part of the Canadian majority rather than to become a minority in Quebec. Their interest dictates this attitude. Until a referendum is won, they will be as they were. Thereafter, they will adapt. Until then, they are Canadians and proud of it.

So what of the Québec people? It is primarily made up of francophones (whatever their origin) who share a culture of their own. Minorities are added to it and indisputably enriched Québec's culture. With the exception of the aboriginals who form distinct nations, English Canadians, from old-stock or immigrated at various periods, if they seek, in their almost totality, to remain Canadians today, once sovereignty is achieve, they should integrate, and at their own rhythm, to the Québec people. In any case, this is what we wish for. Is Québécois who wants to be.

Where are we going? There are in the path taken by our government some orientations which raise interrogations and which, I think, must be approached with a certain frankness.

That the government seldom speaks of the sovereignty of Quebec is not in itself astonishing. One could have as a tactic to let people breathe for some time. After all, they went through four polls in four years on sovereignty. No doubt, since sovereignty continues to be attacked, and is no longer defended, popular support slips in the surveys. We have known this in the past. It can be reversed. But one should not wait too long a time. The more the slip is prolonged, the more it is difficult to reverse it.

In the same way, the new government wants, it is natural, to seek ways to make peace with the anglophones, especially with the anglophone business people. It is not the first government to do that; it will not be the last either. I tried myself too much not to understand. Usually, nothing very good comes out of it: the interests are too divergent. One should simply not give too much in exchange of promises to come. The Galganov episode, at the same time ridiculous and symbolic, following the Centaur speech, has this time calmed the game.

All that it will be necessary to avoid, is to believe that the improvement of the relationship with the English community of Montréal is a kind of condition necessary to the creation of jobs and the accretion of capital. It has not been the case for a long time (thirty or forty years). Today, the development of the economy of Québec is no longer conditioned by the reactions of a few hundreds of people living in the Golden Square Mile or in Westmount.

What worries me the most for the continuation of the events, is the budgetary target which the government laid down: to bring back the deficit to zero.

The situation is strange. When the Parti Québécois was elected in 1994, it was, like all governments, worried by its budgetary situation. Undoubtedly many small Canadian provinces are making their deficit go away, but taking into account the nature of their operations and the absence of certain responsibilities, it is easier for them to manage the decrease of their deficit than, for example, Ontario, Quebec or even British Columbia.

Globally, governments are nowadays rather little committed to making their deficits disappear completely. The signatories of the Maestricht Treaty set a deficit target of 3% of the GDP as a requirement to adhere to the common currency and they have much difficulty getting there. Mr Chrétien was elected on the promise of bringing back the deficit of the Canadian federal government not to zero, but to the equivalent of 3% of the GDP. The United States adopted an anti-deficit law which they hastened to forget; it is mostly the resumption of the economy which reduces the deficit as we have seen recently.

Ontario is going through a formidable budgetary transformation where we see it sabre in certain spendings to finance tax reductions. It is not the deficit which is at the heart of concerns (it was reduced, after all, by only 15% compared to the good days of Bob Rae), it is a vision of the revival of the economy. All this is not in accord with the social democratic ideas which most of us share, but it is a policy like any other.

For Québec, before taking power in 1994, we had promised to eliminate the deficit of current operations, i.e. the loans to pay the grocery, but not the deficit which arises from investments. The economy was too weak for that. And after all, it is not a dishonour to have a mortgage on one's own house. That objective achieved, we would then be left with a deficit of 2 billion dollars, that is to say a little more than 1% of the GDP.

My government did not manage so badly. The 1994-1995 year showed a deficit of 5.7 billion, and, the following year, it was at 3.9 billion, so half of the objective. During a referendum year! Not bad at all! And all that in a relative serenity.

We had indicated to voters however that federal compressions would hit us hard in 1996-1997 if the referendum result prevented us from leaving Canada. Even the restricted objective with regard to the deficit would be difficult to attain.

At the beginning of 1996, the government of Quebec changed the objective, hardened it to some extent. It was decided to aim for the complete elimination of the deficit, on an schedule that would be a little longer than the original plan. It was to place the bar quite high.

To make it possible to reach the new budgetary objective, it was needed to get rid of the budgetary framework which had been elaborated the previous year and which had given good results (closed envelopes, selective cuts).

The Minister for Finance had prepared income projections on the basis of a growth of 1%, which seemed very conservative then. Today, these projections seem exaggerated. We are likely to enter a spiral: we cut, the predicted incomes fall, we cut again, they still fall. I believe that in wanting to do too much, we affect the health of the economy.

In English one says "the straw that broke the camel's back" when speaking of the enormous load that this animal can carry before it crumbles down.

I do not like, these days, the compliments that certain "great businessmen" (at that level, there are no women), traditional adversaries of sovereignty, presently address to the government of Québec.

Nor do I like to see a representative of the financial syndicate which distributes the obligations of Québec hold an important position inside the protection triangle that the Ministry of Finance, the Caisse de dépôt and Hydro-Québec form together in order to keep us sheltered from financial pressures.

We have the ability to resist, we know it now, to economic propaganda and fear campaigns. They have always aimed at francophones and they voted YES very strongly a year ago.

But we should be careful not to inflict us self-damage, not to harm our own cause and not to make the people who depend on this future lose hope.

There is so much to do for the economy of Quebec for it to be what it should be in the future. There are so many things that we can initiate, if only to develop them later when we finally leave the system and finally have the control over our own means.