From Independence of Québec
(Redirected from User:Liberlogos/Kosovo and us)
Jump to navigation Jump to search

Translated by Benoît Rheault from:

It is quite a thing to witness the zeal with which our federalist elites explain us that Kosovo and Quebec have have nothing, strictly nothing to do with each other.

The differences between Quebec and Kosovo are indeed numerous and profound. But the interest of the Kosovar case is elsewhere.

For years, some people have sought to convince Quebecers that there would be, throughout the world, but a single way to obtain independence. We see now that this question is infinitely more complex. 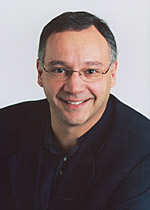 For example, we have been told for a long time that those who wished to leave had to get the permission of the State they wanted to leave, which excluded by definition a unilateral declaration of independence. Kosovo illustrates that another way is theoretically possible.

From time immemorial, we have been presented as gospel the idea that an almost unanimous recognition of the international community would be needed. Nothing as such here. Even powers like China and Russia are opposed to the independence of Kosovo.

No referendum in Kosovo either. Obviously, it would be pure madness to start arguing that a referendum would not be necessary in the case of Quebec.

One sees on the other hand to what degree it is intellectually dishonest to put the 55% threshold suggested by the European Union in the case of the referendum held in Montenegro as a precedent having from now on the force of law.

To each their own context

For a long time, we have also been told that the right of peoples to self-determination could be called upon only in cases of peoples in a colonial situation, or when the State which one wishes to leave is not a democracy.

Kosovo is however not a colony, and the Serbia of today is an undeniable democracy.

Ah, but Kosovars, they suffered, we are told. That is true, but what is the degree of suffering necessary to qualify? And who ultimately judges on it?

Beyond the legal aspects, we hear sometimes that small size and globalization make the status of a Sovereign state negligible. Kosovars do not seem to think so.

Is Kosovo a "specific" case? Yes and no. Recent cases in the world where independence has been gained are all so different from one another that we could reasonably argue that each one is a "specific" case.

Is it to say that there are no rules, that this gap in the law is absolute? Neither.

At the core of it all, two essential criteria settle a case.

Do those declaring independence have an effective control over the territory they claim? And is there a clear political will on behalf of a majority of the population in question to gain independence?

Generally, in these matters, there is more gray area than black and white. We simply have to be aware of it.

This is a translated article of Joseph Facal's blog post Le Kosovo et nous. This is an original and unofficial translation for this site.