A Warning to Belfast

From Independence of Québec
(Redirected from User:Liberlogos/A Warning to Belfast)
Jump to navigation Jump to search

To the editor of the Times. 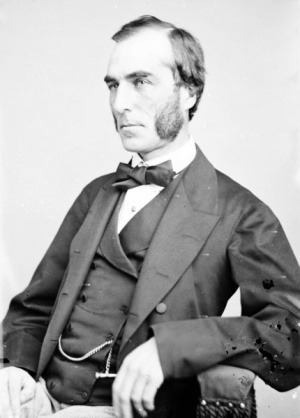 Sir, — I have more than once endeavoured to show that while the analogies commonly drawn in the Irish controversy from this side of the water are totally false — neither the relations of the American States or the Canadian provinces to the Federal Government nor that of Canada to the Imperial country bearing any resemblance to the Gladstonian scheme for Ireland — points of real and instructive analogy to the case of Ireland are presented by the French Catholic province of Quebec, the financial exploits of whose Legislature, in the way of plundering taxation and of attempted spoliation of bond-holders, have been attracting the attention of the commercial world. Quebec resembles Ireland in being a country with very limited powers of production, inhabited by a race which, having a low standard of living, multiplies recklessly, the Church enjoining early marriage and re-marriage for the sake of morality, fees, and power. If Quebec were an island, the pressure on the means of subsistence would soon make it a counterpart of Irish distress; but as it is, there is a ready overflow into the United States, to which the French-Canadian emigrate by hundreds of thousands. The over-population of Ireland, owing to the thriftless philoprogenitiveness of its inhabitants and the anti-economical influence of its Church, has always been, and remains, the root of the evil, though no allusion to it is ever made in Gladstonian orations, which constantly assume that an Irish peasant with a family of ten children, on a potato plot, and sunk in superstition, would be happy and enlightened if only he were set free from the Government which, against the will of his priesthood, has given him national education. Quebec has Home Rule in full measure, but this does not prevent over-population and lack of industrial energy from producing their natural effects.

Another point of analogy is the economical action of the Church in Quebec, which fleeces the people from their cradles to their graves, and is fast getting the best lands of the province into her hands, just as the Church had done throughout Europe before the Reformation, which was a movement of economical as well as of religious emancipation. The same thing would be sure to happen in Roman Catholic Ireland if Roman Catholic Ireland were left to herself, and what is now taken by the landlord would not be made over the people but would pass into the coffers of the Church.

There is, however, a third point of analogy to which special attention is called by these financial proceedings of the Quebec Legislature. In Quebec, as in Ireland, there is a Protestant minority of Anglo-Saxon race. Its number is being rapidly diminished by the growth and aggressiveness of the French Catholic element, which have reduced it to six thousand in the city of Quebec, and are fast shouldering it out of the eastern townships where it used to predominate, so that the only considerable mass of it now left is in the western quarter of Montreal. Still, like the Protestant minority in Ireland, it has the trade, the manufactures, and the commercial wealth of the country mainly in its hands. Quebec is, as the experience of American municipalities plainly indicates, what Ireland under a native Legislature would be — a land of political jobbery and corruption. She is always using her power in Parliament to blackmail the Dominion, and on one occasion the Quebec delegation stayed out of the House haggling with the Government till the bell had rung for the division. Nevertheless, the treasury of Quebec is empty, and the Government is now laying its hands, as it was certain to do, on the commercial wealth of the Protestant minority. First it plunders the banks and other commercial companies by iniquitous taxation, then it forcibly reduces the interest on its bonds. At the same time it is making over £80;000 to the Jesuits under colour of "restoring" their estates, really, of course, to purchase the political support of that sinister fraternity, which is fast getting the consciences and the politics into its hands. What is taking place in Quebec would assuredly take place in Ireland if the Protestant and commercial minority were left at the mercy of a Celtic and Catholic Parliament. In the doom of the Protestant and commercial minority of Montreal, Belfast may read her own. She would have to fight for her strongbox, even if she were not disposed on nobler grounds to fight for the Union and for her place in a great nation.

I cannot help calling attention to the remarkable comment which recent occurrences in the United States afford on Mr. Gladstone's complacent assertion that his adoption of dismemberment has "sweetened" all the feelings of the Irish and their relations to Great Britain. Never, I believe, were the Irish in the United States more venomous than they have been of late and are now. Even the extradition treaty between Canada and the United States, though heartily approved by both countries, and urgently needed in the commercial interests of both, could not be ratified because American demagogism and sycophancy were controlled by the Irish vote. The appeals, absolutely revolting in the mouth of a responsible statesman, which Mr. Gladstone is daily making to the spirit of hatred and disorder, evoke the spirit of hatred and disorder, and the evoke nothing else on this side of the Atlantic any more than on yours.

This is a letter from The Times newspaper of London (September 25, 1888, p.12), from The Times Digital Archive available at the Gales Databases website, in turn available with a membership of the Bibliothèque nationale du Québec.