The FLQ: Our Position

The FLQ: Our Position
André D'Allemagne
in Indépendance, volume 1, number 9

Translation from French by Meir Avidor 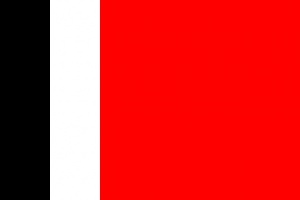 In the current circumstances it seems to us to be important to recall certain positions of the RIN relative to independence, violence and terrorism in order to dissipate any ambiguity in the spirits of our members and the public in general.

The RIN has always been, remains and will remain opposed to violence. For us, the struggle for independence must be carried out through peaceful, democratic and legal means. These means have been offered to us. These, incidentally, are what we have used for almost three years, and everyone recognizes that independantisme is advancing by giant steps. It's enough to read the newspapers to see that every day the numbers of those who rally to us or are rapidly moving to our positions is increasing. The ideas put forth or propagated by the independantistes are taken up by almost everyone, and it is becoming increasingly obvious that the Confederation is going to come apart and that independence is only a matter of time. It is up to us to accelerate it by our work in ceaselessly explaining our ideas and convincing the others that we are right. No one can be convinced by bombs, but by arguments!

We thus condemn violence and terrorism in all their forms. On the other hand, we have a normal and effective means of realizing independence. It’s the political party.

The RIN has become a party, which means that we will present candidates at the next elections in Quebec. In order for them to have a chance of being elected we must gain the confidence of the population by showing it that we are neither fanatics nor hotheads, but serious people. Nationalism gains ground every day in Quebec. If we know how to work, all signs indicate that in the approaching period the populace will be increasingly favorable to pro-independence parties and that important personalities will join our ranks.

In any event, it is absolutely anti-democratic to want to impose your will on the people by force. Independence will happen on its own when the majority of the Quebecois people will truly want it. We should have enough confidence in this people of which we are a part to believe that it will understand our ideas if we take the trouble to explain them! 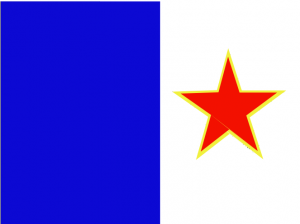 Flag of the FLQ

If we have accepted to assist the defense of the accused members of the FLQ, no one should see in this either our approval or our acceptance of the acts of which they are accused. We will assist them for the following reasons: because we feel that they have not been treated fairly, and that they have been acted against in a way contrary to the elementary rights of citizens and human dignity; because several of them were formerly among us, and we understand the exasperation that has pushed them to have recourse to means we have rejected for a cause we defend; because in a large measure it is the society of Quebec that is responsible for the birth of the FLQ by not proposing real solutions to our problems and by not offering to young people the indispensable conditions for the normal flourishing of all. We want justice, and not scapegoats!