Meeting of the Irish and British Reformers of Quebec

Resolutions of the Quebec Meeting
British Subjects (Patriots)
May 15, 1837 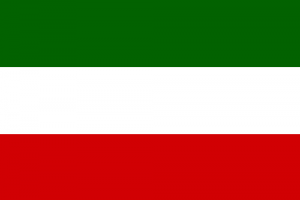 Tricolour flag of the Patriotes, flown since 1826

Tricolour flag of Ireland, flown since 1848, official since 1919

The meeting of Irish and British Reformers, which had been spoken of for some days, was held, pursuant to public notice by placards, on the evening of the 15th inst., in Mr. Blakiston's large rooms, opposite the new custom-house, Quebec. Considerable interest was excited in regard to this meeting, and some efforts were made to induce the honest Irish reformers of that city to keep aloof and forbear the manifestation of those feelings of honest indignation, and sense of injustice, so universal throughout the province, on the proposed measures of the Imperial government, which produced it. But liberty and justice, like truth, are powerful, and will prevail. Mr. Mich. McConnolly was called on to preside, and Mr. O'Kane appointed secretary. The meeting was confined, with a few, worthy and honourable exceptions, to the mechanic and operative class. We are informed by our correspondent that some little noise took place at the opening of the meeting, in consequence of the presence of one of the proprietors of the Little Herald, well known for his unfriendly disposition, and the hostility which already characterise this journal, against reformers, particularly the British and Irish portion, who identify themselves with the Canadian people, in opposition to the abuses and disorders, which provoke and continue all the agitation and discontent of the province. He retired however in good humour, apparently satisfied, that from the opinions he holds on the affairs of the province, he was not one of those, contemplated by the call of the meeting. The chairman having briefly explained the object of the meeting, and urged the necessity of energy and union, read the resolutions, and afterward put them separately from the chair. They all passed, we are informed, not only unanimously, but with an intensity and demonstration of feeling, far beyond any anticipation. The rooms were crowded to excess, and some were for adjourning to the large yard; we are happy to learn that there were not less than from 250 to 300 persons present. The good order, unanimity, and deep interest which distinguished the whole, writes our correspondent, speak highly of the good sense, firmness, and intelligence and patriotism of the Irish and British reformers of Quebec, and shew they are men who may be relied on in the hour of need.

The association contemplated by the last resolution was formed, and a President, Vice President, Treasurer and Secretary chosen, also a committee of 15, for the management of the society. Upwards of 70 individuals subscribed their names as members. The meeting separated, giving three hearty cheers for O'Connell; three cheers for the talented minority; and three cheers for the new Irish and British reform association. The following are the Resolutions:

1. Resolved: That the rights of the people of Canada to appropriate all monies arising therein, whether levied by the acts of their own Representatives, or by the Acts of the Imperial Parliament, for the regulation of trade, and sanctioned of acquiesced in by the said people through their Representatives, is a right founded on the natural right of property, acknowledged and secured to all British subjects, and cannot be assailed or abrogated by any power in the State without manifest and radical injustice, and a violation of the constitutional compact which binds the people of this colony with the Parent State.

2. Resolved: That the resolutions introduced into the House of Commons of Great Britain (in which we are not represented) empowering the Governor here to pay away the monies of the people of Canada, involve in principle an usurpation on the rights of the people of this Province; a dissolution of the constitutional compact; an abrogation of the only efficient power they possess to correct abuses, obtain justice and good government, or induce attention to their interests and wishes; the people of this province through their Representatives being the sole constitutional judges of the necessity, justice, or extent of all appropriations of money raised on themselves, and of the time when, and the objects for which, these appropriations should be made.

3. Resolved: That these resolutions are similar in principle, and equally unjust in their object, degrading and ruinous in their consequences, to those acts of a former House of Commons against the old British Colonies, which justified their resistance, and compelled them in self-defence to a separation from the parent empire, and if passed and enforced against us, there can be no hesitation as to the course which British subjects, from a love of freedom, and the duty to self-protection, will adopt. For we must declare, that to live under such a plan of government is not to live in a state of freedom and we cannot consent to live under any government which does not establish freedom as its basis.

4. Resolved: That in common with the great body of the Canadian people, we are deeply impressed with reverence and gratitude to those enlightened and independent members of the House of Commons, who, on the 6th and 8th of March last, contended for "Justice to Canada", and bravely battled for the rights of her people; and we entreat the minority on that occasion to accept the expression of our sincere thanks and esteem, and to be assured how strongly their conduct has convinced us of their love of justice and freedom for themselves, and that they are in possession of no other rule for us their brethren and fellow-subjects.

5. Resolved: That the assertions and insinuations of the Commissioners regarding the want of influence and character in those persons of British descent who desire and elective Legislative Council in this Province are vague and ungenerous, and notwithstanding the evasive terms and want of precision in which they are given, we must say -- they are untrue, and it must have been known they were so when they were written.

6. Resolved: That the "contempt and indignation" hurled by Mr. O'Connell against the few of his countrymen in this province, who, forgetting the wrongs and sufferings of their native land, and the causes which produced them, have leagued with a party here whose conduct and exertions inevitably tend to produce the same unfortunate condition of things in Canada, is a just and merited infliction for their weakness and disregard for the true interest of their adopted country, and must expose them to the contempt and derision not only of their own countrymen, but also of the friends of justice and freedom in every clime: for those who give up the essential principles of liberty to purchase a little prosperity or safety, deserve neither liberty, safety, or regard.1

7. Resolved: That the introduction of those resolutions into the House of Commons creates a crisis in the political condition of this province, which demands the most deep and decided consideration of all her people; and the energy and determination which the importance of the interest at stake (the freedom and welfare of a whole people) require, can be attained in no way with more effect, confidence, and unanimity, than by a General Convention. We therefore approve such a mode of proceeding as the best calculated to produce a proper feeling of the threatened danger of this province, and to provide for the future safety and welfare of her people.

8. Resolved: That a society as association be now formed, to be called the Irish and British Reform, and Self-Protecting Association, whose principal object will be to aid in watching over the rights and interests of Irishmen in this city, and to protect its members from injury, insult, or persecution, in consequence of the free expression of their opinions on the condition of their adopted country, and that officers, and a Committee of management and correspondence be now chosen, to whom will be confided its government and interests for one year.