This is an original and non-official translation of L'homme rapaillé by poet Gaston Miron. Read the original French excerpt here. An English-French bilingual edition of the book was published in 1993 by Guernica Editions under the name of Counterpanes (ISBN 0-920717-60-8) 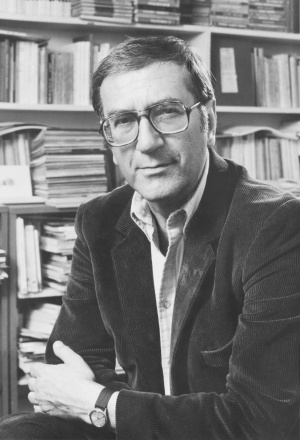 Notes on the non-poem and the poem - excerpts

I speak only for myself and a few others since a great number of those who have la parole declare themselves satisfied.
SEE THE HEADLINES.

I am talking about THIS.

THIS, my state of collective inferiority. THIS, which aggresses my being and my quality as a man - species and specific. On the outside as much as from the inside. I speak of what separates. THIS, the conditions which were given and that I ended up bearing as my nature1. THIS, which separates the inside from the outside making universes opaque to one another.

THIS is agonizing
THIS from father to son down to me

The non-poem
is my historicity
lived by substitution

The non-poem
is my maintained depoliticization
of my permanence

(And so I become
unreadable to the conditions of otherness
- What do you want? do they say -
and so I become
concrete to a people)

Poem, I salute you
in the rebuilt unity of the outside and the inside
O brand new contemporaneity
I salute you, poem, species and present of the future

I scream myself in my harness. I know what I know, THIS, my polluted culture, my linguistic dualism, THIS, the non-poem, which destroyed inside me down to the root the instinct of the French word. I know, like a beast in its instinct of conservation, that I am the object of an assimilation process, as a collective man, by the legalist way (the structural status quo) and the democratic way (the roller-compactor of the majority). I am talking about what concerns me, language, my social function as a poet, exercised from the code common to a people. I say that language is the very foundation of the existence of a people, because it reflects the totality of its signs culture, in content (signifié), in significance. I say that I am hit in my soul, my being, I say that otherness weighs on us like a glacier melting on us, destructuring us, liming us, diluting us. I say that this attack is the last phase of a dispossession of ourselves as being, which supposes it was preceded by the alienation of the political and the economic. To accept THIS is to render myself accomplice of the alienation of my soul as a people, of its disappearance in the Other. I say that the death of a people is a crime against humanity, because it is to deprive it from a differentiated manifestation of herself. I say no one has the right to hinder the liberation of a people who has become conscious of itself and its historicity.

In THIS the poem degrades itself. In THIS the poem takes the mask of an absentee, mine-our absence. BUT contesting THIS, absolutely, the poem tries itself, and falls back in the enclosure of its underneath. O poem trying itself, whose language has no primum vivere, poem in leash, for the last time I move to pity for you, with our two centuries of weeping willow in the voice.

the amnesia by birth

Where am I at in THIS? What is going on in THIS? For example, I am at the crossroad of Sainte-Catherine and Papineau, the calendar marks 1964, it is a spring of May. THIS, frozen, with a murmur of nostalgia, is going on as well in 1930 as in 1956. I am young and I am old all at the same time. Wherever I may be, wherever I stroll about, I feel dizzy like a plumb-bob. I do not look strange, I am a stranger. From the lowest palpitation of my life, I feel the floral and solar tides of spring inside me, this one or another, since all is lost in loss of meaning and consciousness. Everything is without contours, I become short-sighted of myself, I become my anterior life exclusively. I have the lowly and secular knowledge of belonging to nothing. I am suspended in permanent thunderbolt of a stop of my historical time, that is a time made and lived among men which slips me by; I no longer feel but a biological time, in my thought and in my veins. The others, I perceive them as an aggregate. And it is like that since generations that I disintegrate myself in umbels blown up in the vacuity of my mind, while the sun white as snow comes to swirl in my eyes of white sleepless night. It is precisely and singularly here that the uneasiness comes to life, that crops up the feeling of memory loss. Cottony universe. The words, unrecognizable, that drift away. Suddenly I want to scream. Sometimes I want to choke the first person who come by to have him confess who I am. Deliver me from the twilight of my head. The black light, the vacuum light. Of the impenetrable world. I am sick of a hereditary nightmare. I do not know the recent past. My name is "Amnesic Miron".


Many have not known how, and are dead of vacuity
but those who saw I saw through their eyes

In THIS the poem is not normal
the humiliation of my poetry is here
an ethnic humiliation
so that all can see me
in my most historical transparency
I assume, against contempt,
the why of my poem
where it opposes THIS, the non-poem


The current mutilation of my poetry, is my current reduction to explanation. In THIS, I am a prevented poet, my poetry is latent, for living THIS I escape the historical process of poetry. Say that in prose, please! - You bet!2

But this dusk of thought
even when I think
it is like this
by contiguity, by conglomerate
by packs of words
emerging from the people
because I am in them and with them
only them in their recovery
can render my speech
intelligible
and legitimate


I write these things with tiredness, like the one who said he was « las de ce monde ancien »3. In these regions of my mind like wood cracking under the cold. Bloodless regions. In the incoherence which bathes me from end to end, struggling in the confusion of my most familiar terms, the prey of semantic perversion at the scale of an entire language. In the constant repression of my irrationality in which THIS throws me at all instant. In the common misfortune when misfortune does not yet know it is misfortune. I write it to attest that THIS, the non-poem, has existed and still exists; that THIS, the non-poem, is denied by whom we know, and by history which will know. To say and give voice to the mute.

How to tell what cannot be confided in? I have but my existential cry to assume my solidarity of the experience of a collective inferiority. How to tell the alienation, this incommunicable situation? How to be myself if I have the feeling to be a stranger in my objectivity, if this objectivity appears to me opaque and hostile, and if I only exist in subjectivity? It belongs to the poem to become conscious of this alienation, to recognize the man short of this situation. Only that one who seems himself as such, as this man, can tell the situation. The work of the poem, in this moment of conscious reappropriation, is to affirm itself solidary in identity. The self-assertion, in the struggle of the poem, is the answer to the situation which dissociates, which separates the outside and the inside. The poem redoes man.

And THIS, which is my parentheses, is ante-historical to the poem.
THIS, today, because the poem started to be sovereign, becomes postcolonial little by little.

In consequence of which, I will go all the way in the monstrous and insane demonstration. I stage the alienation, I stage myself. Today I accomplish A work, by substitution, but today I will do MY work, which is to write poems. Today I take on the fight against the last survivances of my unreality. The poem is irreversible. I go all the way in the resigning to what the authors of THIS (from inside as well as from outside) have wanted me to be and that I ended up, mystified, to want to be myself. I unbolt the mystification. I do not betray poetry, I show its hindrance, its encirclement. In this I truly serve it, in this I situate it in its process. The pharisees will not forgive my poetry to have been ashamed THIS everybody, in spirit and in truth, instead of being ashamed OF everybody. To have been ashamed of the concrete man - its condition of life, everyday life, the course of his humiliations - and not in the abstract, eternal man.

I lay down the act of my pre-poetic art. I make myself immediately comestible, immediately perishable.

1. Allusion to a passage of Étienne de La Boétie's Discourse on Voluntary Servitude: "It is true that in the beginning men submit under constraint and by force; but those who come after them obey without regret and perform willingly what their predecessors had done because they had to. This is why men born under the yoke and then nourished and reared in slavery are content, without further effort, to live in their native circumstance, unaware of any other state or right, and considering as quite natural the condition into which they were born." (ils prennent pour leur état de nature l’état de leur naissance.)

4. "spot" in English in the original.