Daniel O'Connell's Speech in the British House of Commons on March 6th, 1837

Speech on Resolutions Relative to the Affairs of Canada
Daniel O'Connell
March 6th, 1837

This intervention by Daniel O'Connell occurred on the introduction of Home Secretary John Russell's ten resolutions relative to the affairs of Canada into the British House of Commons. The Hansard transcript of the whole debate can be read here. 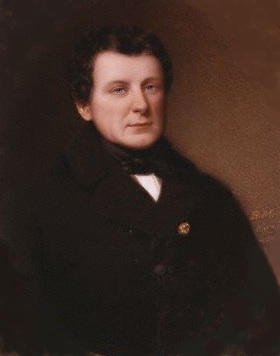 Mr. O'Connell said, something had fallen from the hon. Gentleman who had just sat down, which induced him to take that opportunity of delivering a few words explanatory of his own opinions on this question.

The hon. Member had told the House, that he was a man of liberal opinions, but the hon. Member had the oddest manner of showing his liberality that he ever knew, and especially on the present occasion, when he came forward, and used such exceedingly harsh language as he had done towards the Canadians.

Although he was ex officio, a party interested he had ventured to talk of the audacity of the other party, that party being the representatives of the nation assembled in their legislative capacity: by virtue of his privilege as a Member of that House, he had ventured to treat men, his equals in everything, and he believed his superiors in many things, with the language he had used. Why should he use the word "audacity" or "audacious?" The men to whom he applied that language were men who had been elected, not by bribery, not by corruption, not by intimidation, not by the power of the aristocracy, but by the people, men who represented the wants of the people, and had persevered in an honourable course against every obstacle in maintaining the rights and privileges of their constituents. Why the hon. Member himself was one of the grievances of which the colonists complained. It was exceedingly bad taste, then, for that hon. Gentleman to put himself forward as their antagonist; and he must add, that the company of which the hon. Gentleman was chairman appeared to be a direct violation of the principles upon which the Canadians ought to be governed and the privileges they ought to enjoy. Therefore, he thought they were justified in opposing it.

Having disposed of that portion of the subject, he would express his deep regret at having heard the propositions which had emanated from the noble Lord. He thought they contained some of the very worst principles of the worst Tory times. They involved principles that had been the fruitful source of civil war, and dissension, and distraction in Ireland, for centuries. The analogy between Canada and Ireland was greater than the hon. Gentleman was willing to admit. In fact it was complete; and if they came to names, when they spoke of Papineau they had only to substitute another name with an O at the beginning. The cases were precisely similar.

This House of Parliament was to lay hold of the monies raised by the Canadians, the Canadian representatives being permitted to exercise only one of the functions, to raise the supplies, but not to appropriate them. But the one function ought not to be separated from the other. It was a mere mockery to give them the power of raising money, and then to take that money away. That was the very thing that made the Americans resist—and, blessed be God! they did resist, and the consequence had been the spread of that democratic principle which had been abused, and which ought to be abused, by those who dislike it, and who felt they would be losers by its growth. The very spirit of resistance, then, was involved in the resolutions.

The hon. Gentleman, who was chairman or director of the company concerned, had talked of the necessity for doing this or that. Why necessity was the constant plea of tyrants. Was it not necessity that introduced a Coercion Bill into Ireland? Was there a single individual who brought forward and supported that Bill that did not talk of the necessity for it? The plea of necessity might be made to justify anything. Well, but what was the necessity in this case? What did it teach them? Try, at least to do something for Canada—justice for Canada! Let them have such a Legislative Assembly as they wished for, and if they persevered in their appeals to that House, he hoped that by a considerable majority they would be protected from being deprived of their money. He protested against the resolutions, and hoped that the amendment of the hon. Member for Bridgewater would be adopted.

The hon. Gentleman (Mr. Robinson) had talked of the Canadian party. Was not that what was done in Ireland by the Orange party? The Canadian party were the people of Canada. What was the proof of that? Why, they returned the proportion of 80 out of 88 of the Members of the Legislature. Was that a party? What! a party that elected so overwhelming a majority of the Legislature? The hon. Gentleman might call it a party if he pleased; and he sat himself in a seat which was occupied a short time ago by a Gentleman who called the Irish nation a party in precisely the same kind of way. The Irish nation was opposed by the Orange party, and that party called the nation a party. But then it would be objected the question of religion does not arise in Canada so much as it does in Ireland. No, but the miserable distinction of party did; and if religious dissensions had been avoided hitherto, he did not think, from certain hints which had been thrown out, that Canada would be long free from them. It appeared from the last authentic reports that high situations and important offices were filled by persons of British birth, and only forty by Canadians. He would not say what the proportion was at present, he did not know it precisely, but he had reason to believe that the whole proportion of persons of British birth in offices of influence and emolument was exceedingly great as compared with the Canadians. In short, the Court party, if he might so call them— the British party, was the Orange party of Canada. He was very sorry to perceive from the report of the Commissioners that they seemed to be in favour of the British party. There was hardly a word which had been used by hon. Gentlemen on the opposite side that might not have been put into the mouth of an Orangeman when speaking in reference to Ireland. In fact, he had heard that the Orangemen who had gone out to the Canadas had joined that party which the hon. Gentleman supported. When he had heard it, he had told his informants, "why, the thing is just the same as it is in Ireland, there is an Orange party there."

The hon. Gentleman had contended that if we protected Canada she was bound to give us her allegiance. Was she not able to protect herself, then? What had America lost by protecting herself? In New York property would sell at forty-five years' purchase, while in Canada it would fetch only eighteen or twenty years' purchase. What was the reason? Because there was an independent system of government established in the former country.

Why should not Canada have a legislative Government of its own? What could be more miserable than to be governed by its present left-handed House of Lords? Why should any irresponsible body be placed over it by the Crown? Was it necessary for the protection of the Crown? Certainly not. It was not the way to secure the authority of the Crown. Did not the hon. Gentleman remember, that during the American war an officer rose up in the House of Commons and said, "Give me an army? No, I do not want it. Give me the old watchmen of the city, and I will march from one end of America to the other." But what was the fact? Some of the finest grenadiers that ever stepped from the ranks were sent out afterwards, and some few of them returned, but not crowned with laurels of victory. It was all idle vapour to say, that a people could be outraged with impunity. He hoped the House would join him in saying—"Give the Canadians further constitutional privileges." In reply to the statements of the hon. Gentleman with respect to the complaints of the Canadians, he would ask him if he had ever heard of granting lands to certain persons half an hour before the time of voting?

[Mr. Robinson said, that was done by a packed House of Assembly.]

O! that was right. A packed House of Assembly! But the hon. Member ought rather to declare that they were all most properly elected. The great point, however, to be considered was, that Canada ought not to be governed for British purposes merely. We ought not to hold it for one moment, and we could not want to hold it, for the trifling pecuniary advantage to be derived from it. And as to our commercial interests, commerce, instead of being diminished, would be augmented if Canada were freed. There was not a man in that House but would scorn the idea of levying any contributions on the Canadians. Let their interests be fairly and fully stated to the House, and if any thing appeared which rendered our fixed principles of government inconsistent with the benefit of that people, let us generously and at once let them go free, and tell them if we cannot govern them for their benefit, we will not govern them at all.

But he implored them not to assist a party merely—not to leave Canada to be dealt with by a party only—not to hand it over to a system of jobbery to be managed by persons who only wished to get something out of it. Let them not create a party, which, when it came to the fair test of representation, hid its diminished head; nor let them support any party in plundering the people. Let them distinguish between robbery and rectitude, between plunder and justice. Let them prove that they were governing Canada for the good of the Canadians, or let them cease to take money from the Canadian people.