Address to the people of Canada

Address to the people of Canada
Robert Nelson
February 28, 1838 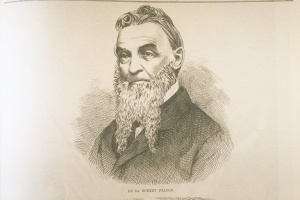 We have been oppressed by the hand of a transatlantic power, and unjustly and cruelly castigated with the rod of unrelenting misrule for a long series of years so long, that the measure of tyranny has filled to overflowing. We unceasingly, but in vain, have attempted to bridle a bad government, recind bad laws, enact such as would cause our institution to emerge from the mire of ancient vassallage and rise to the level of those which characterize the recent governments of the 19th century. We are now compelled, by the force of tyranny and contrary to our sentiments, to appeal to the force of arms in order that we may acquire and secure to us such rights as are due to a deserving and free people, nor shall we lay those arms down, until we shall have secured to our country the blessings of a patriotic and sympathising government.

To all such persons as aid us, in our patriotic exertions, WE extend the hand of fraternity and fellowship. And to such as shall persist in the blind, head-long, plundering, sanguinary, and incendiary course, that has, to our sorrow, and to the sufferings of our aged people, our women and our children, so disgracefully stamped the headless career of Sir John Colborne, the commander of the British forces, and that of his adherents, we shall in self defence and in common justice to our people and our cause inflict the retaliation which their own terrific example has set before us; but, as there are many persons who now repent their conduct, and of the vandalism of their associates, a course which has driven us to war, and as our sense of humanity, of justice and of honour, is cast in a different mould from that of our oppressors, we cannot reconcile with our principle, or the morals that elsewhere than in the English government in Canada, distinguish the age we live in, to exercise their savage example towards them.

We, therefore, solemnly promise to afford Security and PROTECTION, both in PERSON and PROPERTY, to ALL SUCH AS SHALL LAY DOWN THEIR ARMS, AND OTHERWISE CEASE TO OPPRESS US - a promise, which our Character, and the known Moral and Peaceable habits of our native people, sufficiently guarantees. Nor shall we lay down our arms until we shall have effected and secured the object of our first Proclamation.

By order of the Provisional Government of the State of Lower Canada.

ROBERT NELSON,
Commander in Chief of the Patriot Army