A History of Canadian Wealth/Preface 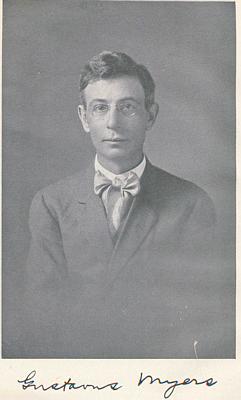 The rapid concentration of wealth in Canada is no mere fancy. Already, it is estimated, less than fifty men control $4,000,000,000, or more than one-third of Canada's material wealth as expressed in railways, banks, factories, mines, land and other properties and resources.

To say that this small group of individuals control so vast a wealth and the agencies of its production does not imply that they own it all. Between ownership and control there is a difference, yet the reverse of that commonly supposed. By means of their control of financial markets and distributive systems, a small number of men may effectively control sources of wealth which still may remain under individual ownership, as witness the case of the farms, of which control farmers throughout Canada are bitterly complaining. Also it is not necessary for magnates to own all of the stock of railroads, banks, factories and mines ; much of that ownership may be distributed among small shareholders, yet by their predominantly large holdings of stock, and through their power of directorship, those magnates can and do control those diversified, and often financially interconnected, sources of wealth.

The process of centralization of wealth has been steadily going on for nearly thirty-five years. The removal of unrestricted competition was first evidenced in the case of the railways of Canada. Beginning in about the year 1879, a considerable number of smaller and formerly independent railways (some of which had already amalgamated) were absorbed by the large systems such as the Grand Trunk Railway, and later by the Canadian Pacific Railway, and other railways. Of more than 140 separate and privately owned railways chartered and constructed at different times, a large number are now integral parts, either by purchase or by lease, of the main and great railway systems in Canada.

The highly centralized character of the Canadian banks is well known ; the branches of the important banks extend over an immense territory ; twenty-six of these institutions have 2,888 branches ; the Royal Bank alone has 338 branches, and the Bank of Commerce 367.

Perhaps nowhere in the world can be found so intensive a degree of close organization as among the bank interests in Canada. In the United States there are no less than 18,000 banking institutions, of which about 6,000 are under Federal charters, the remainder under State Laws. While a small group of financial industrial magnates exercise a preponderating control over the large banks, and in turn practically sway many of the small banks in the United States, and thereby concentrate in themselves the powers of a financial Trust, still the control there is nothing like, in compact centralization, that existing in Canada. The immense capacity of this concentration in controlling the finances and every sphere of activity dependent upon finance, is so obvious that it requires no explanation. To these ramifications of power is added another huge power possessed by the Canadian banks. This is their privilege, allowed by law, of putting out enormous quantities of their privately-issued money, or, in other words, bank notes — a power far exceeding even the great power held by banks in other countries.

This process of centralization is, it is needless to say, still continuing and has by no means reached its culmination. Economic forces are more powerful than statute laws, particularly so seeing that what is called the machinery of Government is administered at all times either directly by the beneficiaries or by the representatives of those ruling forces, no matter by what political name they may be pleased to call themselves.

In such an era, with fundamental economic questions — that is to say, problems of existence itself — pressing harder and harder upon the attention of those that produce the wealth, such a work as this is essential as a means of diffusing information. Since the control of so vast an aggregation of wealth is centered in so few hands, the questions of whence came these overawingly great private fortunes and of the evolution of this centralized wealth become of paramount interest. What was the origin of much of these mighty masses of capital ? What their particular sources ? By what means was this immense material wealth extracted, by what methods possessed ?

To give a vital survey of these developments is the purpose of this work. Necessarily, the investigation takes us back to remote times, for the aggregations of wealth that we see today are not in essence a sudden appearance, but are the result of cumulative methods, processes and transactions extending through centuries.

It will be seen that from the earliest searchings for wealth in Canada to the present time there has been a vital, definite connection, the developments of each successive period bearing a close relevancy to those preceding. From primitive powers conferred, and from fortunes amassed in fur trading, land and commerce, came the wealth often invested later in mercantile establishments, land companies, banks, railway projects, mines and factories ; and all of these pyramidically reproduced still other accumulations of wealth progressively invested and re-invested. Did we not trace this wealth to its primary sources, and give a continuous depiction of its development, the narrative would be headless, unfinished and disconnected, and leave some of the most important facts enshrouded in mystery.

Although long ago it was recognized that they who control the means by which a dependent class must live, control the livelihood and conditions of that class, yet it is not inordinately astonishing that thus far no economic work tracing the sources of these accumulations of private wealth in Canada has preceded these present volumes.

The reasons for this deficiency are not obscure. One reason is that the general attention has hitherto been focussed on other subjects and issues, ignoring the economic factors, the all-important significance of which was not adequately understood. With the growth of general intelligence and the accompanying great pressure of economic considerations, this understanding has been intensified, and is becoming still more so.

Another reason has been that the sources of information, such as histories, upon which the general public has had to depend for knowledge, have been absurdly and erroneously made to revolve around personalities instead of social and economic forces. Various arid volumes have come bulkily from the presses, but they either give no account of the currents of these successive economic forces, or they but incidentally mention only a few, vague, isolated facts. In the mistaken aim to present personalities as the determiners of events, these writers have far subordinated or ignored the realities, unconscious of the fact that such personalities are but the creatures of distinct and often sharply contesting economic forces.

Hence it is that to get the underlying, authentic facts — as much as possible, at least, from the available original sources — the author of these present volumes has had to dig laboriously into the Canadian archives, and tediously explore great numbers of official documents. Great as is the mass of facts here related, it can be well understood that the entire range of facts covering all the multitude of transactions of centuries can never be given in full. Many of them never found their way into official documents, and in other cases important governmental papers and returns, embodying certain definite valuable facts and connecting links, were never published.

Nevertheless a myriad of documents have been accessible to anyone animated by an aim to make a sincere quest for the facts. That many, if not most of them, have never heretofore been consulted is a striking commentary upon the character of conventional, so-called history. Studiously or mis-informingly avoiding the basic facts, and interpreting human progress and activities by the light of such superficialities, these products (whatever their motive), had the result of conserving outworn traditions and perpetuating fallacious conceptions.

Expanding intelligence, however, is not content with narratives obsolete in treatment, misleading in substance and spiritless in character. No longer is the diverting, obscuring or glozing of the facts accepted ; actualities, not appearances, are demanded. Having a knowledge of the fundamental facts we can be prepared to reject old standards and forms and unsatisfactory systems. We can then also rightly comprehend the nature of the processes that have resulted in conditions as we know them, and can directly apply that knowledge toward the obliteration of all that stands in the way of the full, un-shackled social, industrial and intellectual development of mankind.